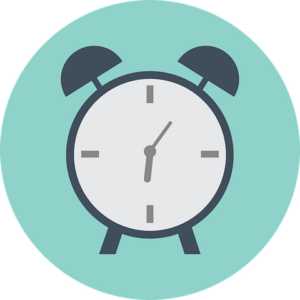 It was nice seeing you yesterday night.

Something is not quite right with this sentence… read on to find out what.

Adverbs of time tell us when something happened, as well as for how long and how often.

Some common adverbs that tells us when something happened:

A point in time – now, then, yesterday, last night/week/month/year, the day before

Adverbs that tell us for how long:

Duration – for a year, all day, long, since, for

Adverbs that tell us how often something happens:

Adverbs that relate to a point in time or a relationship in time are usually placed at the end of a clause. However, placing them at the beginning places more emphasis on them.

Adverbs of duration are usually placed at the end of a sentence or sometimes in the middle.

Adverbs of frequency are usually placed before the main verb but after auxiliary (helping) verbs – this is the mid position.

Adverbs of frequency meaning ’not very often‘ have a negative meaning and therefore are not used with ’not‘ in a sentence. They are usually in the mid position or at the beginning with an inverted subject and verb for a formal sentence. In this case, if there is no modal or auxiliary verb, we add ‚do‘.